For the new roundabout near the city of Groesbeek a special work of public art is made by the Dutch artists Blok & Lugthart. The large sculpture titled Bergen en Dalen (Mountains and Valleys) stands at the center of the roundabout and is formed by the outline of a large polar bear that seems to have been drawn in open space. 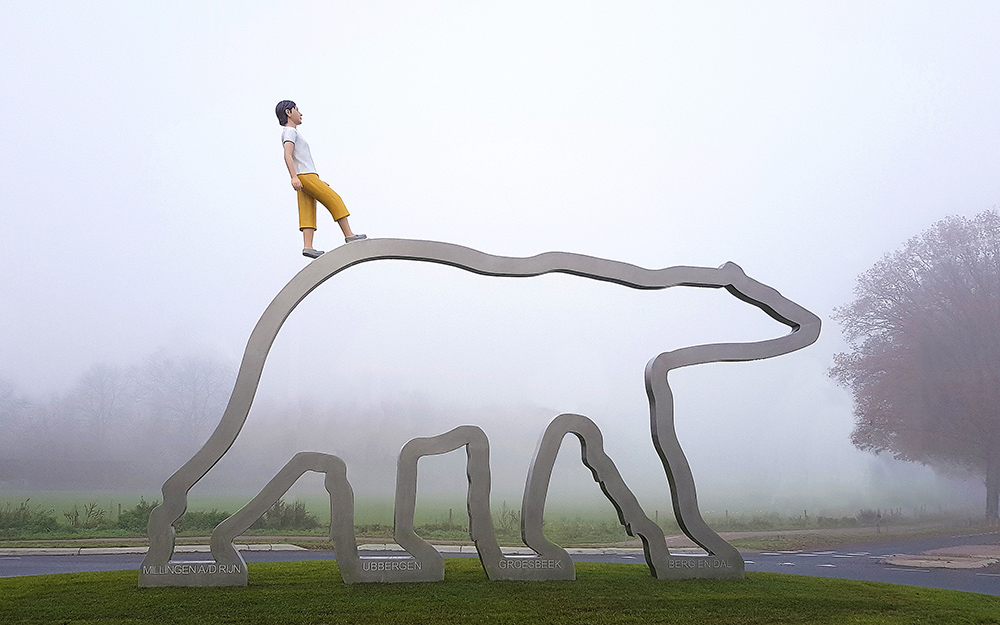 A young child walks up the line as if she is walking along a winding path over hills and valleys, thus connecting the names of the three former municipalities, Millingen a/d Rijn, Ubbergen and Groesbeek. 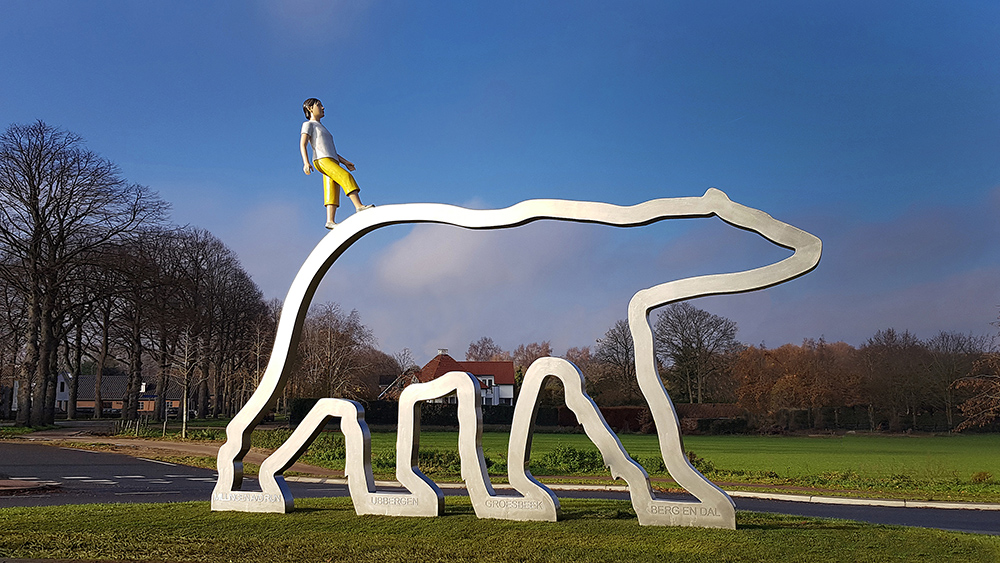 In this area of mountains and valleys and in this place passed by thousands of hikers each year, the Bergen en Dalen artwork forms a poetic representation of the emergence of the new and dynamic municipality of Berg en Dal and the special landscape in which it is situated. 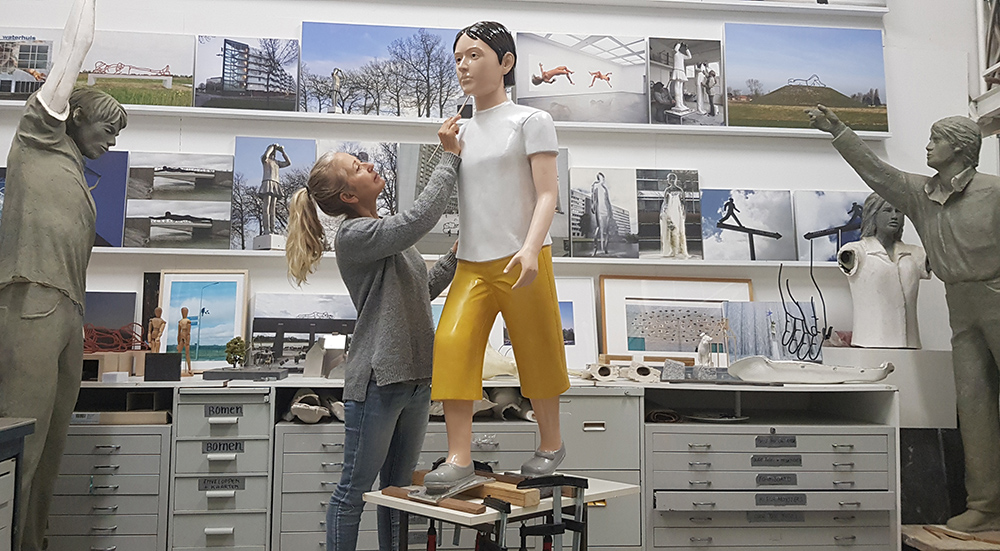 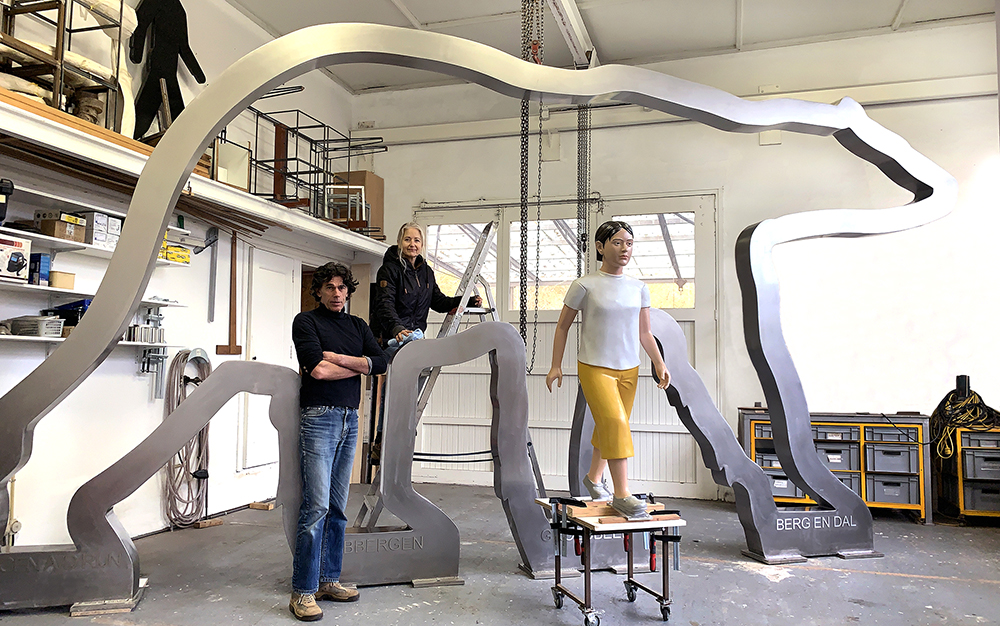 The artists working on the large sculpture in their atelier. 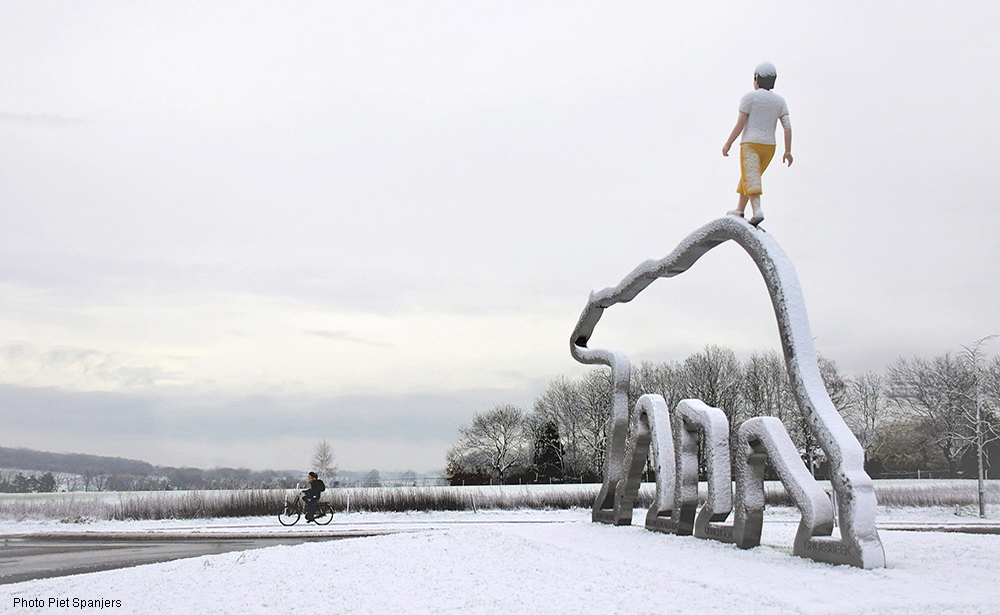 The path the young child walks along is not only a reference to the many hikers who visit the area every year, but also refers to the peaks and valleys of the beautiful landscape which was originated in the penultimate ice age. 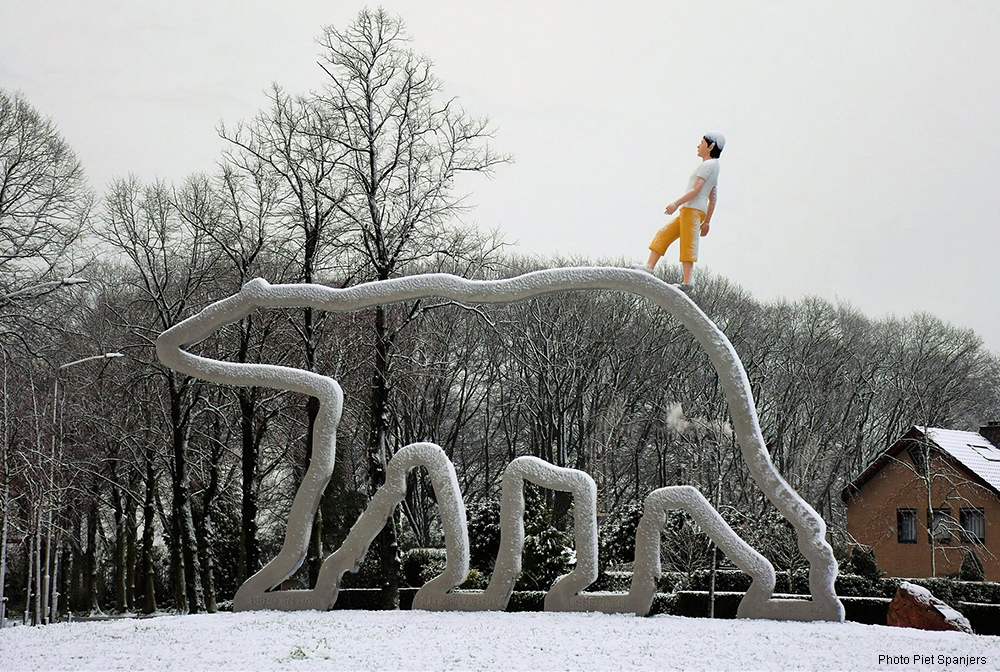